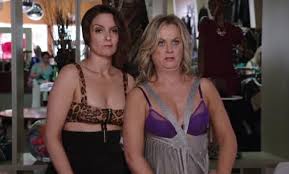 YouCanSeeThemBoth is that the forward hashtag and tagline of “Sisters,” the Tina Fey-Amy Poehler comedy that dares to open on constant day because the cultural juggernaut that’s “Star Wars: Episode VII – The Force Awakens.” And you must see them both—as it seems, they’re not thus totally different as they superficially could seem.

Both films systematically entertain through a mixture of snappy humor, noise chemistry and heart, and each feature sturdy girls at the middle of a genre that men usually anchor. “The Force Awakens” is … well, it’s a “Star Wars” picture show. 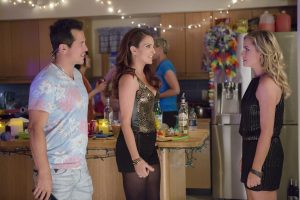 And “Sisters” is associate all-night-raging-party picture show, that historically has been the tract of nerdy boys returning into their own and bawdy bros WHO have what’s returning to them.
So whereas you’ll suppose you’ve seen “Sisters” unnumerable times before, it usually feels refreshing and even pleasingly subversive through the sheer force of nature that’s Fey and Poehler’s well-established bond.